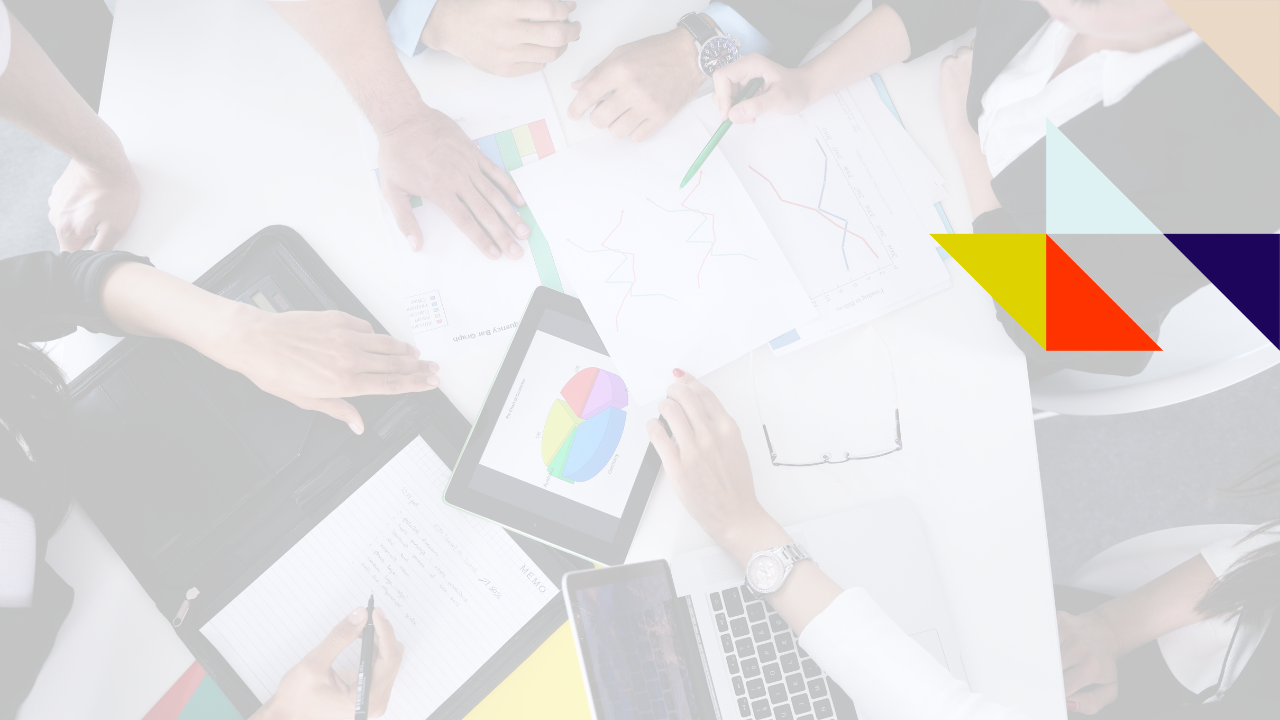 Have a goal. Make a plan to achieve it. Execute the plan.

If only it was.

We often see abstract goals or a lack of a strategy or leaders getting caught up in operations… combine this with the woolly processes and agencies’ growth will stall.

This blog gets into perhaps the most common behaviour we see in under-performing agencies: to mistakenly prioritise the urgent over the important, with little thought of what’s ahead.

These agency leads are running, but looking at their feet: fire-fighting, delivering, sweating.

Tied up dodging small rocks in the road, they’re blind to the boulder that’s blocking the path ahead, or the river they’ll soon need to cross.

In contrast, agency leaders who look up at the horizon are able to plan how to get there more efficiently, and, GROW their agency, rather than merely survive. Seeing opportunities as well as threats, they take decisions to confront them and profit.

But, of those leaders with strategic objectives… only 2% are confident that they will achieve 80-100% of them. You’re going to want to read on for how you can keep pace with this pack-leading minority.

For a reminder of how short-term thinking leads to disastrous corner-cutting and, alternately, of the power of visionary strategy, look no further than the city authorities in nineteenth-century London.

There was no plan for this growth: no strategy and certainly no infrastructure developed alongside the expansion.

The answer? The city’s authorities found it quickly, and cheaply: divert the sewage into drains… the same drains which flowed into the Thames, from where the city sourced its drinking water.

Their ‘short-termism’ was rewarded with two major cholera outbreaks, killing tens of thousands of people.

The stink of raw sewage eventually prompted the city’s leaders to invest and execute: they contacted an engineer, Bazalgette, to build an underground system.

You might assume that Bazalgette’s goal was to build a sewer system for the people of London.

And then he doubled them.

Because, despite his brief, his goal wasn’t to build a sewer system for the people of London in 1858… but to build one for the contingency that London’s population would expand again.

And to anticipate this eventuality with a huge and brave over-specification… which history would prove justified.

So, how do you avoid short-termism? How do you ensure you look ahead?

The old adage - “what got you here, won’t get you there” - could not be more relevant.

Agency leaders with origins as creatives and/or technicians, often still define themselves as such - but now with teams around them. They might be the CEO, but they still work in the business either through desire or necessity.

Without getting into a ‘left-brain’/‘right-brain’ argument, the business skills required to be an effective CEO have to be learnt by the technically proficient creative.

And this learning rarely happens when they’re running to deliver the day-to-day. It’s a stat we’ve used before, but it hammers home the point: only 46% of business owners have any form of business education.

Creative or technical excellence gets you so far: but it doesn’t get you grow as an agency. To get to the horizon, thinking needs to change.

Running out of Road 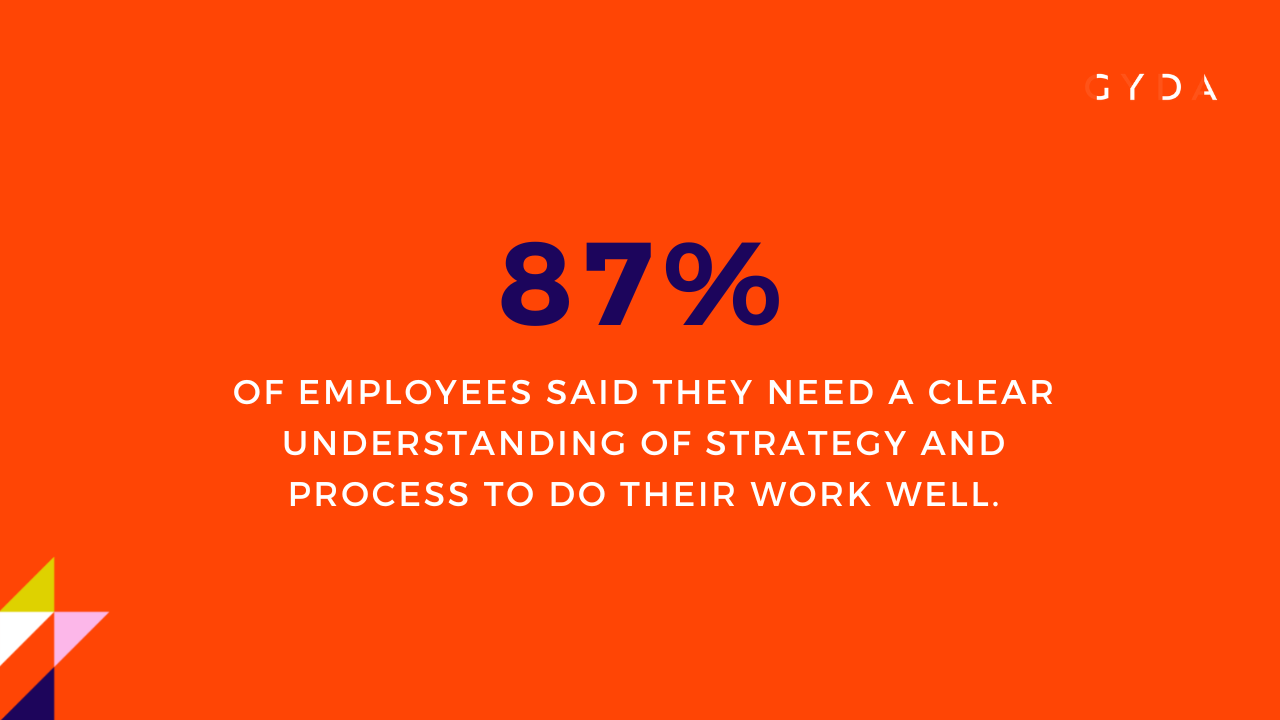 And if you don’t? The consequences are real: research has shown that the ‘system’ matters more at lower levels in organisations… 87% of employees said they need a clear understanding of strategy and processes to do their work well (compared with 74% of senior leaders).

Leaders’ underestimation of the impact of their inability to look ahead and tie action to strategy can be catastrophic for their agency.

Running looking at their feet:

Remember your job as an agency leader is not to protect your current business but to move it forward, to evolve it.

Change is constant. Especially in our sector. Successful agencies embrace it - and even anticipate it - ending up consistently on the right side of the next innovation or disruption… like Hubert Joly.

In 2012, the CEO of American store Best Buy’s rapid response to the landscape ahead meant he was able to pivot to respond to Amazon’s rapid attack on his market share. Amazon’s lower prices and speedy delivery times had led to reduced footfall in its stores.

How? Customer-centric service from well-trained staff. To which Amazon had no answer.

Doing both requires you to look ahead AND around. You’ve no time to look at your feet.

Once you’ve locked in a clear strategy and vision, commit to the following to ensure you take meaningful steps to achieve it:

Not only does looking ahead help you see threats to the business, and keep your staff motivated by clear direction and momentum, it helps you see opportunities to make more profit - to grow.

This persistent commitment to what’s on the horizon - an Annual Strategy - supported by accountable reflection and decision-making through quarterly strategy reviews leads to less frantic running… and more big leaps forward.

Only 10% of organisations surveyed achieve at least two-thirds of their strategy objectives, with 36% achieving between 50%-67% and 54% achieving less than 50%.

Being in the 10% or higher is the goal, and a relentless focus on the strategic horizon will get you there. For more ways on increasing your functionality, talk to us here

Fill in your details and one of our team will be in touch to arrange a 30-minute discovery call where we'll learn more about you and your agency.